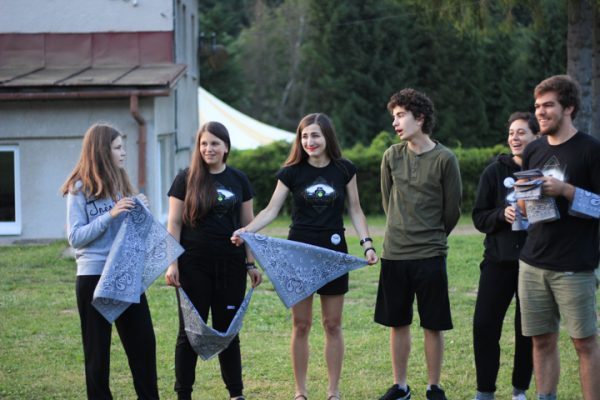 “A coach of a volleyball team in Japan follows the well-known saying “hard on the training ground, easy on the battlefield”. To further increase the team’s abilities, he covered the players’ eyes and trained them blindly. The members of the team orientate themselves in the space mainly according to the sound when passing and bouncing the ball. The team’s playing skills have improved so much that it’s hard to find an opponent to beat them. Your task will be to play such a game in your teams.”

The team’s task will be to bounce the volleyball at least 15 times without falling to the ground, while blindfolded. In the beginning, give the team time to think about the tactics.

The simplest solution is when the participants in the team stand in the smallest possible circle as close as possible to each other with their hands outstretched in front of them. They prevent the ball from falling to the ground and only need to bounce it 15 times.

• What was your first reaction when you found out what your job was?
• What tactics have you chosen to accomplish this task?
• Did it come out for you for the first time or did you have to adjust it during the activity?
• In what situations do you get used to being most skeptical? 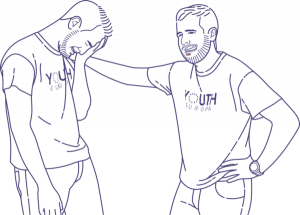